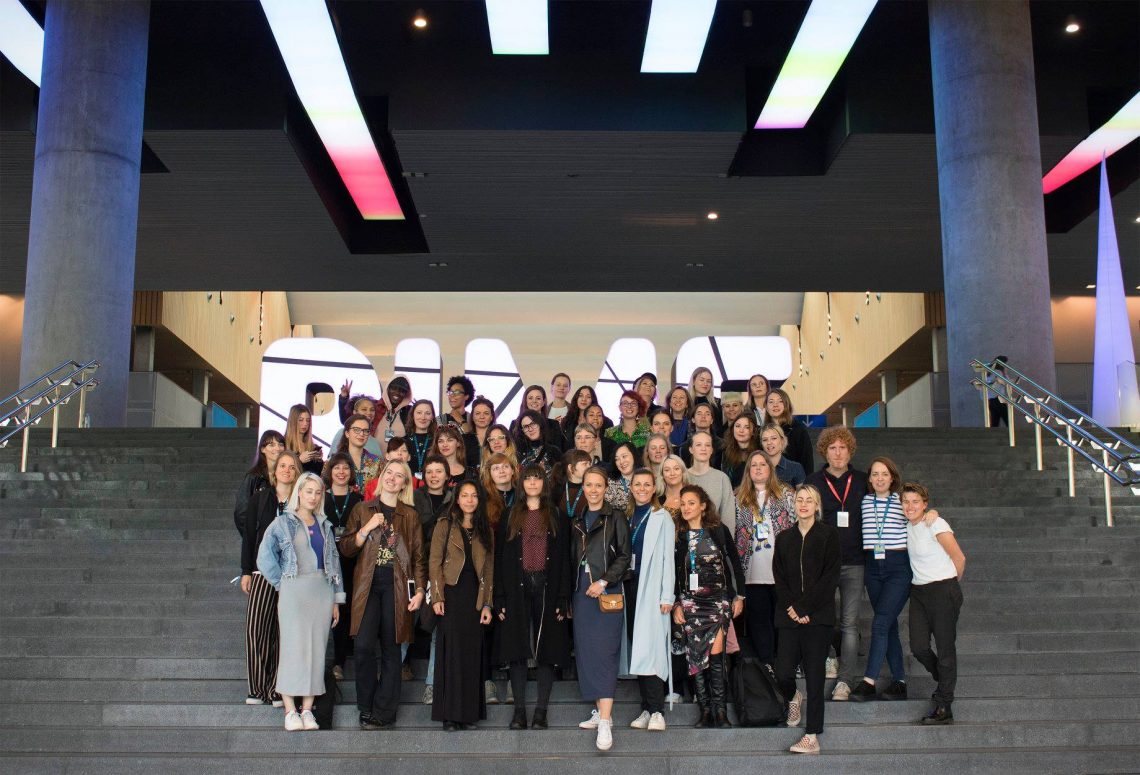 MENT Ljubljana for equal representation of women in the music industry

MENT Ljubljana is the first festival in the region to join the international Keychange campaign. Keychange invests in emerging female talent whilst encouraging festivals to sign up to a 50:50 gender balance pledge by 2022.

Representation of women in the music industry remains very low in all European countries. Across the participating countries’ collecting societies, women represent 20% or less of registered composers and songwriters. Earnings for women are even lower and women are under-represented in leadership roles across the industry and on stages at festival programmes, states the PRS Foundation, which leads the initiative, backed by the Creative Europe programme.

There’s much more recognition of the gender gap in music than there was before. That’s the first step on this journey; now it’s about men and women in positions of influence promoting role models, investing in female talent, recognising the barriers for women in a male dominated industry and leading change that will benefit everyone. Current Keychange partners are encouraging more festivals to join the gender equality pledge in order to create sustainable change in live music and to show that it is possible for festivals to successfully achieve this balance.

It’s important we acknowledge and represent all genders. Our aim is to address the imbalance between those who are currently represented and those who are consistently underrepresented. “The push for gender parity across society continues and with increased public awareness of inequalities across the creative industries, we have an opportunity to respond and commit to tangible change in music,” explains the CEO of PRS Foundation, Vanessa Reed. Reed placed third on BBC’s 2018 Woman’s Hour power list, right behind Beyonce and Taylor Swift.

Andraž Kajzer, Artistic Director of MENT Ljubljana, explains the involvement of MENT in the campaign: “We’ve noticed the imbalance in the industry and are eager to make a change. Joining the initiative doesn’t mean we’re just joining the pledge – we want to spread the word and make everyone in the industry reflect on this issue. It’s only fair, it’s only logical, and Keychange puts a spotlight on it.”

The fifth edition of the MENT Ljubljana festival will take place from 30th January to 1st February 2019.

Tickets for the concerts and conference are already available!