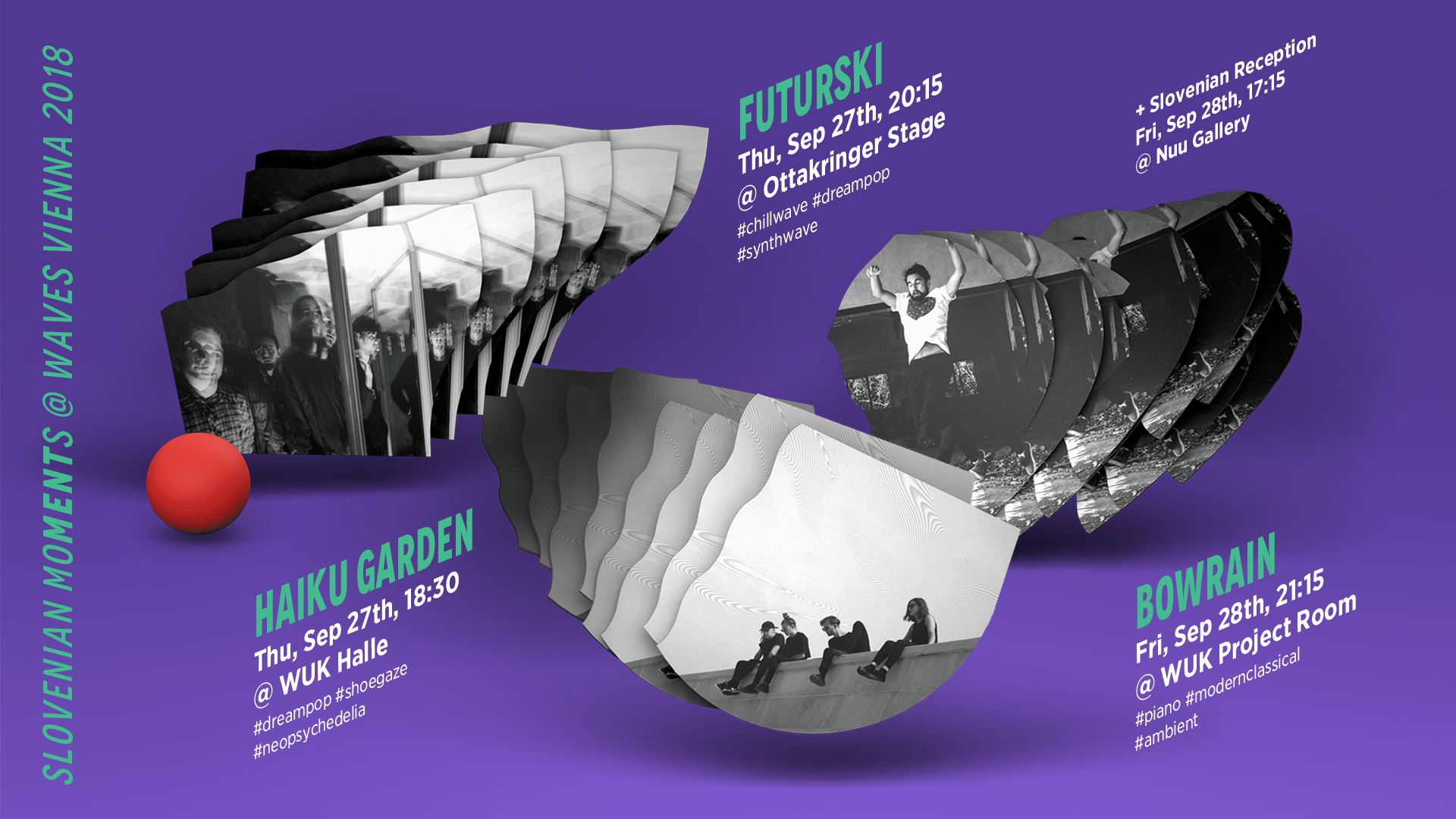 SLOVENIAN RECEPTION28. 9. 2018, 17:15 @ Nuu Gallery (Wilhelm-Exner-Gasse 15)Waves will once again hold a Slovenian reception! The best party in Vienna will feature good food, even better drinks and the best company. Of course there’ll be plenty of music as well. This year, Waves is hosting three Slovenian acts – Bowrain, Futurski and Haiku Garden. The reception will offer the chance to meet Slovenian music professionals as well as pleasant mingling.

Haiku Garden are a shoegaze/dreampop band currently recording their debut album, set to be released this year. The band first gained attention two years ago with their EP “Waver”, which also features the song Rosetta, named Song of the Day by the world-famous KEXP radio. The quartet has played numerous gigs around Eastern Europe, as well as a bunch of festivals, including the Polish Spring Break, Moscow Music Week and Sound City Liverpool.

The future belongs to synths, vocoders, effects, space … It’s somewhere around there that the Ljubljana-based four-piece seeks its synthetic happiness. The follow-up to their convincing 2017 debut EP “Synthetic Happiness” is to be released this year. The two ladies and the two gentlemen that make up the band all play synths, with the fellas also handling guitars and drums, as well as vocals. Futurski sound like an alienated, melancholic synthetic future, simultaneously cold and comfortably catchy.

Bowrain is a master of the ivories, whether with a band or by himself. He released his second album “Distracted” via Kapa Records last year, ushering in a new era of his music. The album started taking shape in Amsterdam, where Bowrain lived and worked for many years. His creative path led him to many European cities before bringing him back to Slovenia. “Distracted” was finished in Ljubljana, his birthplace, where he still lives today. He’s had a fruitful concert season, performing at various festivals, such as Eurosonic, Ljubljana Jazz Festival, Druga Godba, Spring Break, Sharpe, Westway Lab and others.